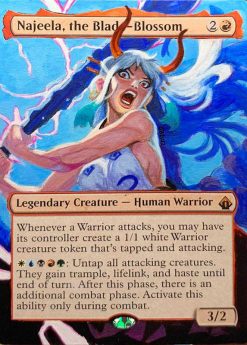 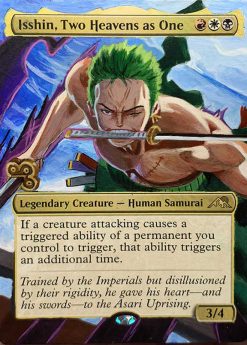 Released in September 2017, Ixalan has given us Admiral Beckett Brass, the Legendary Commander!
Highly played in both pirate tribal decks and treasure decks.

For this pirate-themed alter is was obvious that Monkey D. Luffy from One Piece had to represent it. He is the creator and captain of the fearsome and strong Straw Hat Pirates, as well as one of their best fighters.

His life goal has been to become the Pirate King by discovering the mythical treasure left behind by the late Gol D. Roger. He feels that becoming the Pirate King truly means having the greatest amount of freedom in the world.

After consuming the Devil Fruit Gomu Gomu no Mi, a fruit that turns the user’s body into rubber. He had to be creative with his ability and work hard to achieve his ambitions. His Fruit capabilities completely awakened for the first time since the Void Century during the climactic showdown with Kaidou on Wano, granting him the Mythical power that many feared.

This detailed and colorful piece was an absolute challenge to paint but inspiring, a long time favorite character alter piece that is sure to be a standout in any collection without a doubt! 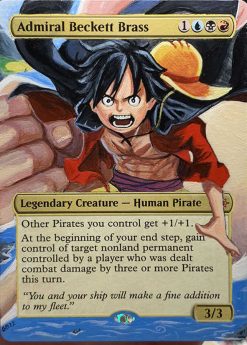